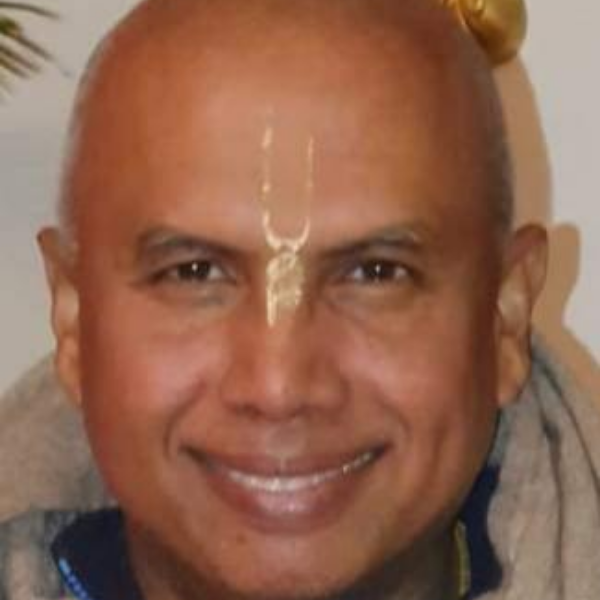 Vrindavan Chandra Das was born, raised and educated in Durban, South Africa. He started practicing Krishna Consciousness in 1986 while studying for his engineering degree.  He was inspired to take initiation in 1996 by His Holiness Giriraj Swami Maharaj. For several years he was Director of the Bhaktivedanta College of Education and Culture in South Africa where he was personally teaching and his other main service was his passion for distributing Srila Prabhupada’s books.

Vrindavan Chandra Das moved to the UK in 2001. He is currently serving on the Festival Committee at Bhaktivedanta Manor, teaching Bhakti Sastri courses, presenting seminars and heading up the GoMatsya project which focuses on distributing sets of Srila Prabhupada’s books. He is married to Vrindadevi dasi and has 2 children.