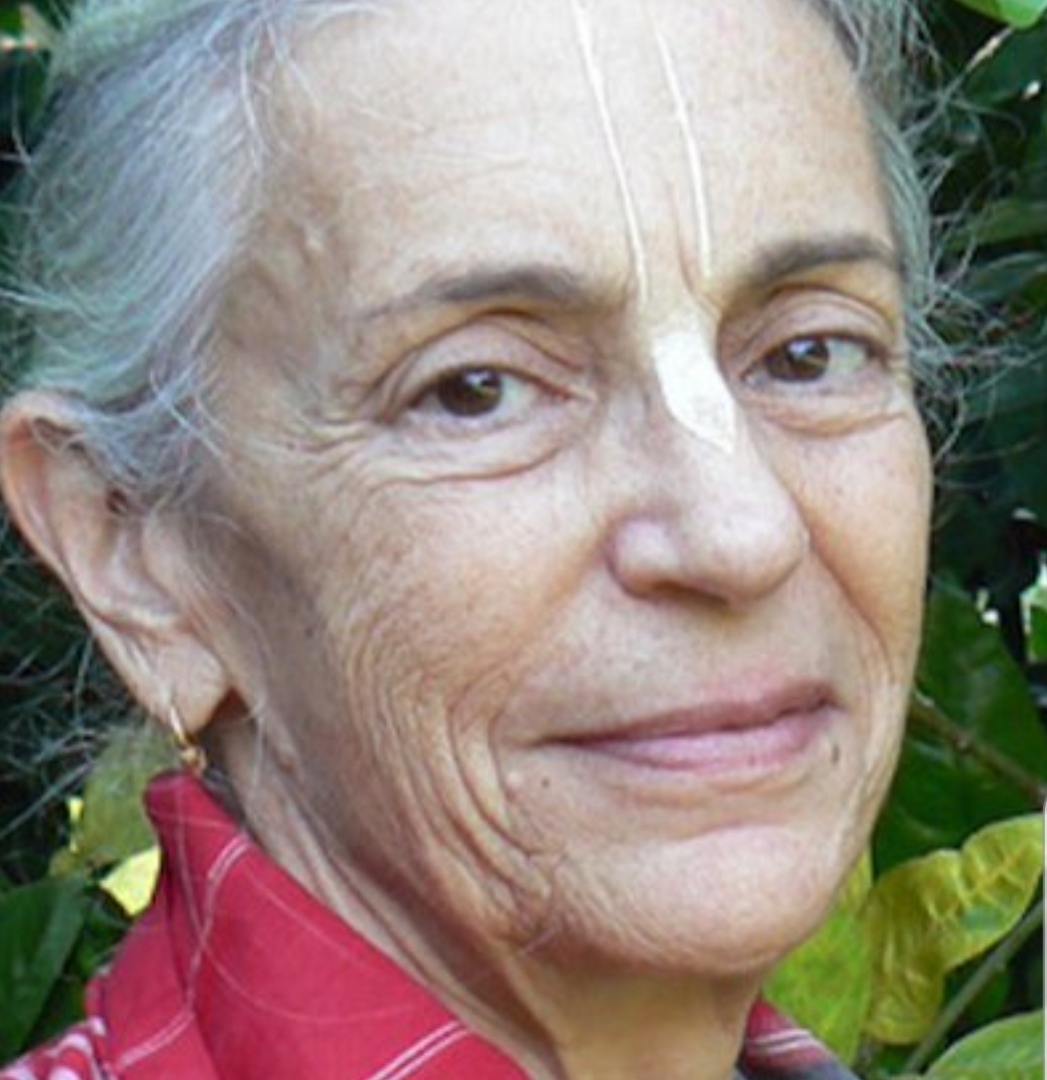 Visakha Dasi is well known Internationally for the time she spent as Srila Prabhupada’s photographer in the early 1970’s  and is currently serving as temple president of the Bhaktivedanta Manor in the UK.

She received an Associate of Applied Science degree with honors from Rochester Institute of Technology and shortly afterwards published her first book, Photomacrography: Art and Techniques.  In 1971 she travelled to India, where she met His Divine Grace A.C. Bhaktivedanta Swami Prabhupada, the founder of the Hare Krishna movement. She read his Bhagavad-gita As It Is and eventually became his student.

As a photographer, she travelled with and photographed Srila Prabhupada and his students in India, Europe, and the United States.  Quietly spoken but extremely perceptive, she is a natural when it comes to writing and photography and has contributed substantially to the rich body of modern Krishna conscious literature emerging out of the Western world in the last 50 years.

As a writer, she has written numerous magazine articles and books, including Our Most Dear Friend, Bhagavad-gita for Children; Bhagavad-gita: A Photographic Essay (recipient of the 2011 Independent Publisher Book Award); Harmony and the Bhagavad-gita, Lessons from a Life-Changing Move to the Wilderness, and Five Years, Eleven Months and a Lifetime of Unexpected Love, a memoir (finalist, First Generation Book Awards).

In more recent years, Visakha Dasi assisted her husband, Yadubara Das (John Griesser), in producing the award-winning 90-minute biography on Srila Prabhupada, “Hare Krishna! the Mantra, the Movement, and the Swami who started it all”.

School of Bhakti
Teacher
Sorry, no posts matched your criteria.