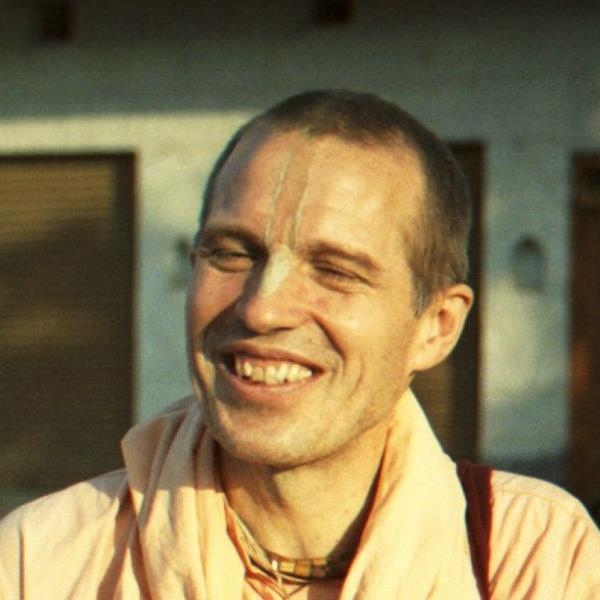 H.H. Sacinandana Swami left home to become a disciple of Śrilā Prabhupāda in 1970. His first years in ISKCON were spent translating Śrilā Prabhupāda’s books from English to German and later he joined the book distribution party in Germany. Soon after His Holiness started the congregational preaching in Germany and the North European area by which many people received the seed of bhakti, which they continued to cultivate at their homes.

Maharaja is also known to have toured with two devotee bands, the Gauranga Bhajan Group and the Nityananda Bhajan Band—sometimes sharing Krishna consciousness with up to thirty thousand people per evening. Sacinandana Swami would say: “My heart dances in joy when I see so many people taking up Krishna Consciousness.” Later he was instrumental in helping to start different farm communities and projects, like the Goloka Dhama project in Europe. He teaches at various colleges, like the Bhaktivedanta College in Belgium, or at the Vrindavan Institute for Higher Education in India.

In the past twenty years Sacinandana Swami dedicated more of his time to inner spiritual life, seeking inspiration and higher guidance on extended pilgrimages and spiritual retreats. He visited Vrindavan, the holy place of Lord Krishna, many times over, as well as various other holy places, such as in the Himalayas and in South India.

Sacinandana Swami is especially known for presenting systemized teachings on chanting the Holy Names. He has thus facilitated hundreds of retreats worldwide, and has organized kirtan events such as the Kirtan Melas and Kirtan Course in Radhadesh. Together with his friend Bhurijana Prabhu, he has started building the Govardhan Retreat Center—a peaceful sanctuary located at the sacred Govardhan Hill.

Always a spiritual teacher, Sacinandana Swami shared many of his insights in his books: “The Living Name”, “Broken Names”, “The Gayatri Book”, “Nectarean Ocean of the Holy Name”, and “The Way of the Great Departure”. 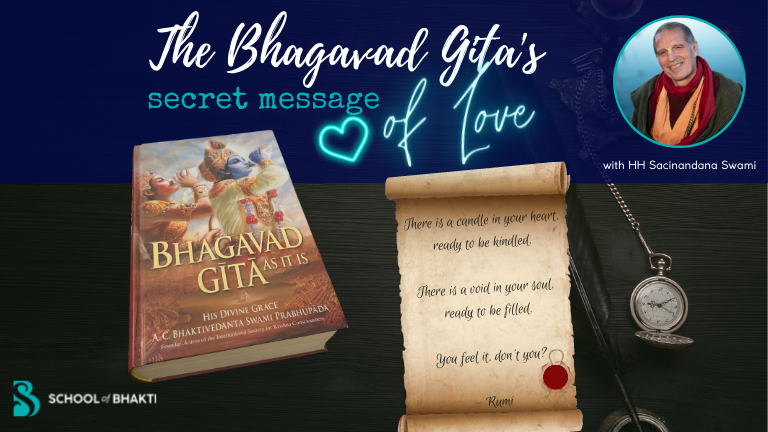