Forums
Feeling philosophic...
Are you new to Kris...
Is Krishna is Vishn...
Notifications
Clear all

Is Krishna is Vishnu's Avatar or other way around?

As per my understanding from the childhood that Krishna is Vishnu's incarnation but recently in number of session it stated that Vishnu is Krishna's incarnation.

Also, if Krishna is Vishnu's incarnation then isn't it Vishnu is the Supreme Personality of Godhead?

Appreciate if you could you please help me understand this, so that our mind is clear. 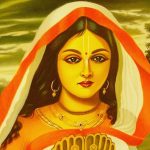 The very question of "who came first" is problematic, given that God is beyond time. Vishnu and Krishna exist eternally, though it can be said that one is the source of the other, much like the sun and its rays: The sun globe is "prior" in the sense that its rays emanate from it, and not the other way around. But they both exist simultaneously: As soon as there is a sun, there are sunrays. The question, then, becomes this: In the case of Vishnu and Krishna, who is the sun and who the rays?

Historically, it makes sense to assume that Vishnu is prior. After all, he is the source of the creation, while Krishna descended to earth some five thousand years ago. In addition, Vishnu lives in regal opulence in Vaikuntha, evoking awe and reverence—as one would expect of God—whereas Krishna appears as a simple cowherd boy in Vrindavan, ensconced in sweetness and simplicity.

However, when we look at the scriptures they give us a different point of view. Explaining that Krishna is actually the origin, and a loving relationship with God is the highest spiritual attainment.

in the Brahma-samhita (5.46), it objectively establishes Krishna as the original of all the forms of the Lord: "The light of one candle being communicated to other candles, although it burns separately in them, is the same in its quality. I adore the primeval Lord Govinda [Krishna], who exhibits Himself equally in the same mobile manner in His various manifestations."

This is reiterated in the Srimad-Bhagavatam (10.14.14) after seeing Krishna produce innumerable Vishnu forms from His transcendental body. Addressing Krishna, Brahma says, “Are You not the original Narayana [Vishnu], O supreme controller, since You are the Soul of every embodied being and the eternal witness of all created realms? Indeed, Lord Narayana is Your expansion, and He is called Narayana because He is the generating source of the primeval water of the universe. He is real, not a product of Your illusory Maya.”

After describing the various incarnations of the Lord, Suta Gosvami quotes the following verse (Srimad-Bhagavatam 1.3.28):

Srimad-Bhagavatam also describes the pastime of Maha-vishnu stealing the sons of a brahmana in Dvaraka so that He could somehow get the darshan of Lord Krishna. This incident proves how Lord Krishna is the original Supreme Personality of Godhead and Vishnu an expansion.

So Vishnu is God "at work" in a more formal capacity, while Krishna is God "at home" Engaging in loving relationships with his associates.

Most concepts of God, even in the Vaishnava tradition, naturally evoke awe and reverence, but Krishna evokes intimacy and personal loving relationship. It is this that distinguishes Him among manifestations of the Supreme. And love, as we all know, is the highest phenomenon in all of existence. After all, when confronted with a choice between power and love, who would choose the former?

Srila Prabhupada writes in Chapter Ten of Teachings of Lord Chaitanya: "There is no beauty to compare with that of Krishna, who is the origin of Narayana and all other incarnations, for no one possesses beauty equal to or greater than Krishna’s. Otherwise, why would the goddess of fortune, the constant companion of Narayana, give up His association and engage herself in severe austerities and penances to gain the association of Krishna? Such is the superexcellent beauty of Krishna, the everlasting mine of all beauty. It is from that beauty that all other beautiful things emanate."